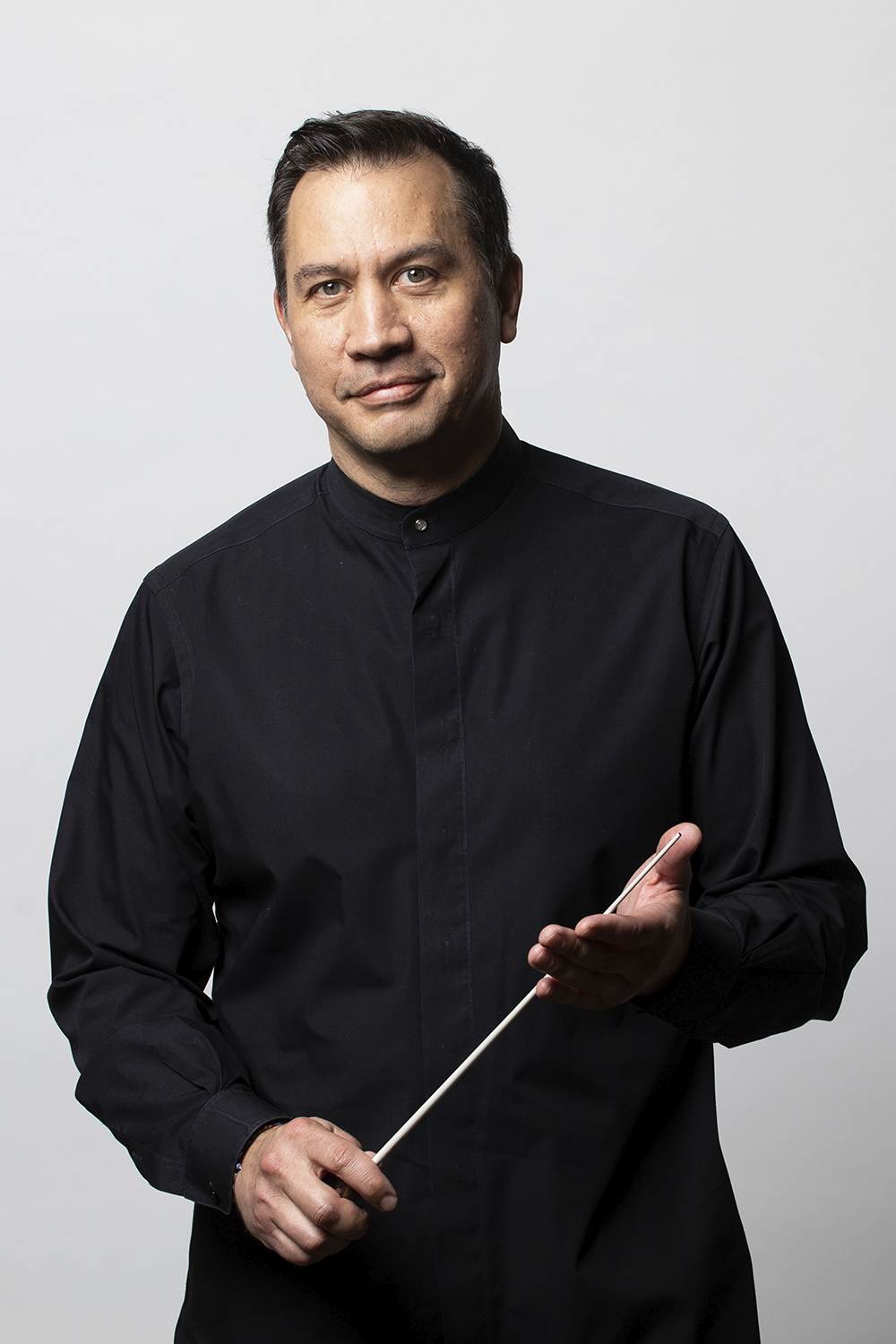 In addition to programming and conducting the subscription concerts in Wichita, Mr. Hege has conducted a number of cutting-edge concerts, including Bartok’s Bluebeard’s Castle with the legendary Samuel Ramey in the title role and sets by the glass sculptor Dale Chihuly, and semi-staged productions of Rodgers and Hammerstein’s Carousel and South Pacific in collaboration with the Music Theatre Wichita. He is also active in Wichita as a lecturer and prepares the pre-concert talks for each of his classical programs.

Daniel Hege has guest conducted the Detroit, Seattle, Indianapolis, Oregon, Colorado, San Diego, Columbus and Phoenix symphonies, as well as the Calgary Philharmonic, among others. International engagements include performances with the Singapore Symphony and the St. Petersburg Symphony at the Winter Nights Festival. Mr. Hege has also worked with the Syracuse Opera with which he led productions of Madame Butterfly, La Traviata, Tosca and Don Pasquale. Past and upcoming guest conducting engagements include appearances with the Rochester, Buffalo, Oklahoma, Rhode Island, and Naples Philharmonics; the Louisville, Sarasota, and Florida Orchestras; and the Houston, Edmonton, Pacific, Puerto Rico, Hartford, Stamford, Omaha, Madison, Tucson, Spokane, and Springfield, MA symphonies.

A sought-after mentor and educator by many of America’s orchestral training programs for highly talented young musicians, Daniel Hege has conducted at the Texas Music Festival, Music Academy of the West, National Repertory Orchestra, Brevard Music Festival, National Orchestral Institute, and at the Aspen Music Festival and School.

Daniel Hege received his Bachelor of Arts Degree in 1987 from Bethel College, Kansas where he majored in music and history. He continued his studies at the University of Utah, where he received a Master of Music degree in orchestra conducting, founded the University Chamber Orchestra and served as Assistant Conductor of the University Orchestra, as well as the Music Director of the Utah Singers. He subsequently studied with Paul Vermel at the Aspen Music Festival and in Los Angeles with noted conductor and pedagogue Daniel Lewis.

A native of Colorado, Mr. Hege is proud of his Native American Heritage; he is Nez Perce, a member of the Colville Confederated Tribes, and his grandfather, Boyd Eagle Piatote, was a jazz musician and composer.