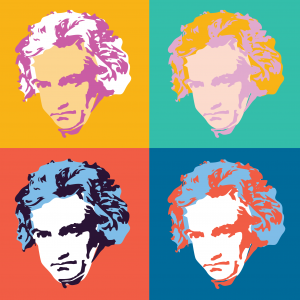 What's interesting about these concerts?

It’s a Marathon AND a Sprint – After Lise de la Salle’s momentous achievement performing the complete Rachmaninoff Concertos in a single weekend last year, we wanted to see if anyone else was up for a similar challenge. Enter Stewart Goodyear, who leapt at the opportunity to perform all five of Beethoven’s Piano Concertos with the Wichita Symphony.

The Ultra-Marathoner – Although he hasn’t performed the complete Beethoven Concertos in a single weekend, Goodyear is no stranger to this format. He is known for what he calls the “Beethoven Sonatathon,” a day in which he performs all 32 Beethoven Sonatas from 10am – 11pm. We’re tired just thinking about it!

Looking Good for 250 – This season we celebrate Beethoven’s 250th Birthday, whose music still endures like it’s not a day over 25. 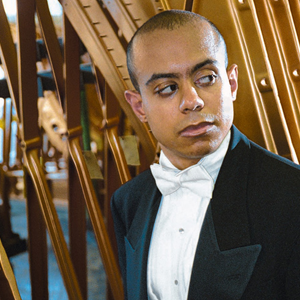 Third appearance with the Wichita Symphony
Proclaimed "a phenomenon" by the Los Angeles Times and "one of the best pianists of his generation" by the Philadelphia Inquirer, Stewart Goodyear is an accomplished young pianist as a concerto soloist, chamber musician, recitalist and composer. Mr. Goodyear began his training at The Royal Conservatory in Toronto, received his bachelor's degree from Curtis Institute of Music, and completed his master's at The Juilliard School. Known as an improviser and composer, he has been commissioned by orchestras and chamber music organizations, and performs his own solo works.  Mr. Goodyear has performed with major orchestras of the world , including the Philadelphia Orchestra, New York Philharmonic, Chicago Symphony, Pittsburgh Symphony, San Francisco Symphony, Los Angeles Philharmonic, plus many more. To learn more about Stewart Goodyear, visit stewartgoodyearpiano.com.