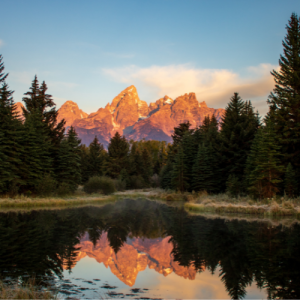 Choose your national park adventure and let yourself be swept away by the wonder and majesty of Jennifer Higdon's All Things Majestic. Like postcards, the music represents the grandeur of mountains, the mirror reflections upon serene lakes, the unpredictable flow of rivers and streams, and the cathedral-like vastness of parks that leaves us awed and enthralled.

A different nature exists in Jessie Montgomery's new concerto for piano and strings. Explore the interconnectedness, the opposities, and infinite patterns of nature in this music by one of the most compelling voices in music today.

Elgar's Enigma Variations reflects on the intimacy of friendships - including a friend with a boisterous St. Bernard - in music that delivers hope, consolation, and remembrance. 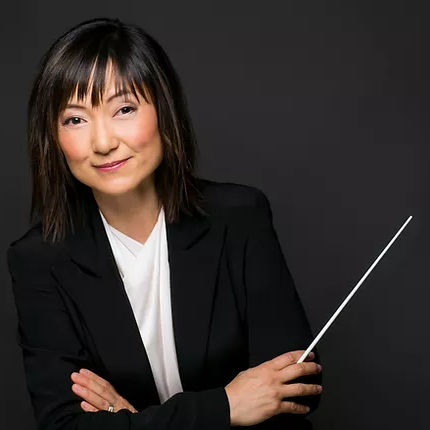 Conductor Rei Hotoda has been hailed as an inexhaustible dynamo with a deep commitment to reimagining the 21st century concert experience. Her vision can be seen through her thought-provoking programming, passionate allyship to marginalized artists, advocacy for arts education, and an unwavering commitment to presenting the music of our times.

Her success as the Music Director of the Fresno Philharmonic since 2017 has resulted in the extension of her tenure through the 2025 season. She has worked tirelessly to build first-time and unique connections with the Fresno community with an eye toward reaching different audiences with a new music concert series, Proxima, and special concerts at Bitwise South Stadium. She has reimagined the pre- and post-concert experience by creating the ever-popular Green Room and Stay Tuned series. Her programming continues to push through the preconceived notions of the classical concert going experience, offering audiences works by often marginalized composers and today’s leading voices in the field. Through her tireless efforts, she has successfully broken down the barriers that often exist between artist and listener and repositioned the Fresno Philharmonic as a leader in the community it serves.

​Rei has appeared as a guest conductor with many of today’s leading ensembles, including the Symphony Orchestras of Baltimore, Chicago, St. Louis, Dallas, Detroit, Toronto, Winnipeg, Hawaii and Utah as well as the Civic Orchestra of Chicago, among others. Her interpretations of such epic centerpieces of the classical canon such as Shostakovich’s Symphony No. 8 and Britten’s War Requiem, make her one of the most sought-after conductors of today. She is a tireless advocate for the music of our time, and most recently conducted the world premieres of Kevin Day and Dinuk Wijeratne as well as works by seminal composers such as Jerod Impichchaachaaha’ Tate, Jessie Montgomery and Hawaiian composer, Michael-Thomas Foumai to much acclaim. 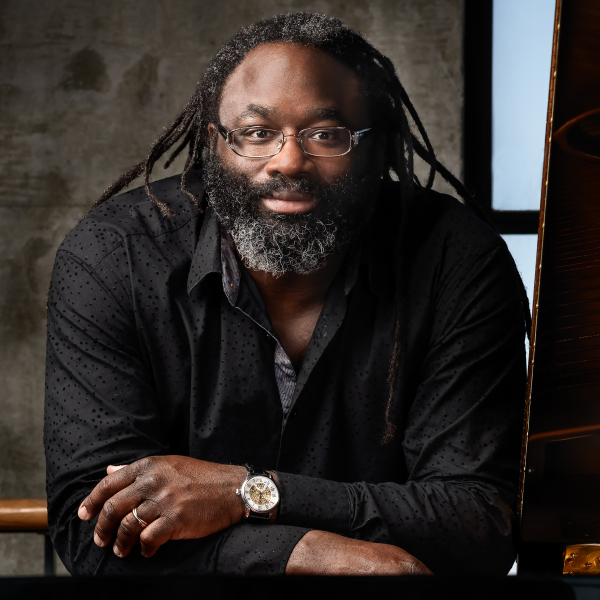 Among his generation of concert artists, pianist Awadagin Pratt is acclaimed for his musical insight and intensely involving performances in recital and with symphony orchestras.

Born in Pittsburgh, Awadagin Pratt began studying piano at the age of six. Three years later, having moved to Normal, Illinois with his family, he also began studying violin. At the age of 16 he entered the University of Illinois where he studied piano, violin, and conducting. He subsequently enrolled at the Peabody Conservatory of Music where he became the first student in the school’s history to receive diplomas in three performance areas – piano, violin and conducting. In recognition of this achievement and for his work in the field of classical music, Mr. Pratt received the Distinguished Alumni Award from Johns Hopkins as well as an honorary doctorate from Illinois Wesleyan University after delivering the commencement address in 2012.