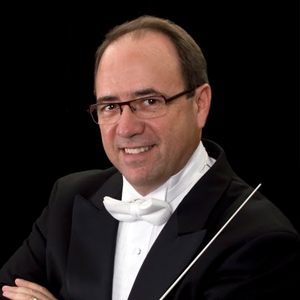 Dr. Wesley DeSpain began directing the high school and middle school orchestras of the Derby Public Schools in the Fall of 2010. He conducted the Friends University Community Orchestra from 2010 - 2014 and is currently in his ninth season as Music Director and Conductor of the Delano Chamber Orchestra.

Dr. DeSpain was Interim Director of Orchestras at Wichita State University for two years (2004 - 2006) and performed as clarinetist with the Wichita Symphony Orchestra for 25 seasons (1984 - 2009). He conducted Ballet Wichita's productions of "The Nutcracker" in 2017 and 2018. His summer activities include teaching at Camp Allegro and Bows at the Barn and directing a youth program sponsored by the Delano Chamber Players that includes two orchestras.

He was a member of the Wichita Youth Symphony during his junior and senior years at Wichita High School East. Dr. DeSpain holds degrees from Baptist Bible College (B.A.), Wichita State University (B.M.E., M.M.E., M.M.), and the University of Oklahoma (D.M.A.). He served as Chair of the Kansas Music Educators Association All-State Orchestra from 2015 - 2017.